All about Songea and tourism 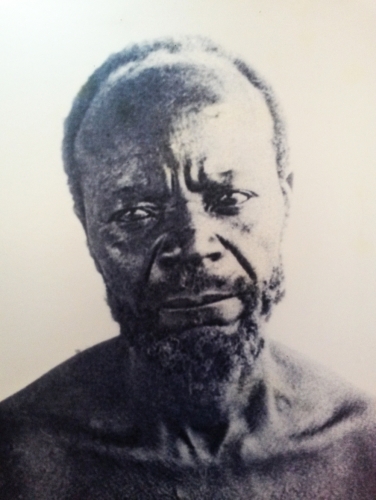 Songea is the capital city of the Ruvuma Region in southwestern Tanzania. It is one of the most popular destinations in that region. Songea took its name after one of the chiefs who were killed following the Maji Maji rebellion. This city is made up of 13 wards and is managed by the Songea Municipal Council. Songea is where the Roman Catholic Archdiocese of Songea is located. It is also home to many educational institutions including St. Augustine University.

Songea is a great place to visit if you like warm weather, safari excursions and vibrant cultural festivals. Not far from the coast of Lake Nyasa, the city is a gateway to some of Africa's best wildlife-watching country and offers a warm welcome to everyone who visits.

Nature is the biggest draw in southwestern Tanzania. When you visit Songea, you'll be able to join safari tours to see wild chimpanzees in the refuge at Mahale or the elephants, zebras and buffalo in the Mikumi National Park. If you rent a 4x4, you can also easily reach Lake Nyasa in an hour or so, where you can relax on idyllic beaches, rent kayaks, snorkel or even fish with the locals. Back in town, you might also catch the Selebuka Festival, which attracts dancers, musicians and much more to the city.

Songea town in the southern highlands of Tanzania has been declared a new tourist site by its historical heritage attractions. In a sprawling agricultural locality, Songea town, near the Malawian border, is famous for its history of the first African resistance against German colonization of Tanzania over 105 years ago.

In commemorating the 104 years since the end of the famous war against the Germans, Tanzania’s ministry of tourism has declared the town a tourist site where various groups of people including Germans may go to visit and observe the graves and other traces of their great grandfathers who died during the war. A National Museum to commemorate the hanging deaths of 70 Africans by German administrators of the time has also been constructed in the town.

The tourism ministry has organized a historical event running from February 22 to 27 where various cultural activities will be staged to mark the 104 years since the hanging of African warriors who launched a war against German colonial masters in protest of hard labor, land acquisition by German settlers, and the introduction of forced taxes.

Tourism officials said the core function of the museum in Songea will include facilitation of research and preservation of national history – preservation of historical data that will help the area to continue attract tourists and to assist the Tanzanian government increase its revenue from tourists. Tanzanian President Dr. John J. Magufuli  has been encouraging tourist stakeholders to market and promote various attractive sites other than wildlife resources.

Songea Museum stands at the burial place where Ngoni and Matengo tribes’ warriors were buried in a mass grave behind the museum building. Songea has been identified by its rich tourist attractions, mainly cultural heritage, historical sites, and scenery. Among such attractions are the Matongo Forest Reserve, Luhira Game Reserve, the German Boma (castle), originally built in Songea town in 1902, and the African warriors hanging tree.

Germans took control of a large chunk of land in what is present-day Tanzania, Rwanda, and Burundi, and ruled the native citizens with an iron fist. They (Germans) selected local chiefs from within the tribesmen and turned then into German government agents, forcing them to collect taxes for the Berlin government. Not until August, 1907, were the last embers of rebellion extinguished. In its wake, the war left 15 German soldiers and 389 African soldiers and between 200,000 and 300,000 insurgents dead.

The festival, to climax on February 27 in Songea town, has been organized jointly by the regional administration and the National Museum of Tanzania. It will also commemorate the war heroes hanged in Songea town on February 27, 1906, the event organizers said.